A laboratory of social interaction - the architecture of Cedric Price.

The British architect Cedric Price, 1934-2003, was well attuned early on to the paradigm shift of the information and service society. He devoted large parts of his professional life to finding answers to the new demands on the architectural practice. Mirroring the societal and technological changes of the 1960s and 1970s, architects were faced with a significant redistribution of power and influence. Where there used to be a singular client, there was now not only the "user" but "the individual" in his search for self-expression, demanding to be heard. Techniques of representation had to be adapted accordingly, as well as the strategies on how to identify the needs and specific demands on architecture. Drawing on archival material of, inter alia, the McAppy project (1973-1975) and the Inter- Action Centre (1972-1977), I will discuss the influence of science and technology on Cedric Price's work.
Price viewed architecture as cultural product, which is continuously shaped by the activities of its inhabitants, by artefacts and by technologies. Accordingly, he saw architecture as a social laboratory. When developing his process-based and user-oriented architecture he deployed organizational instruments and spatial interventions in order to create opportunities for people to shape on their own account their environment.
His goals and methods, such as empirical studies and fieldwork, and the influence of new technical processes evidenced in his understanding of terms like environment, interaction, change and choice carry over into today's discussions on technology's influence on the human living environment and can still inform debates on participation, control, and freedom in architecture and design. 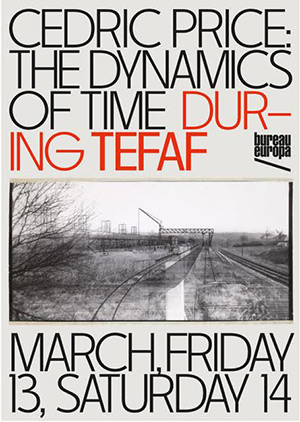